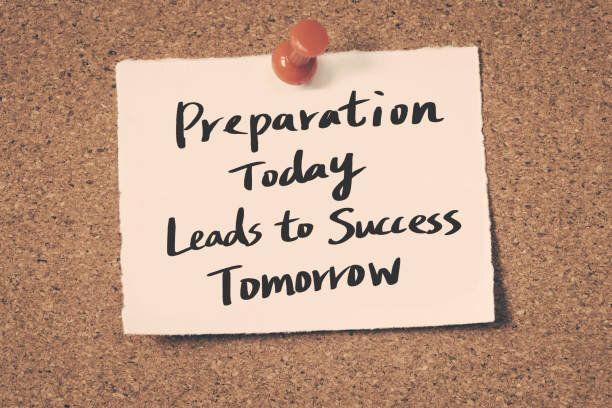 If you were standing on a diving board, preparing to jump into the pool below, you would at least glance at the pool to make sure it was filled with water before making your dive. But it’s amazing how many people attempt great feats in life without investigating the risks and rewards associated with those ventures, and that is why so many people fail.

If you have failed, therefore, you know by now that it’s the hidden things that ruin great ambitions. It’s the unexpected, unplanned, and unanticipated things that cause us to fail and to give up on our dreams. So before you take another shot at the things that matter most to you in life, you need to learn what you don’t know before you attempt to do something you have never done before.

We understand that action is important. Nobody respects people who constantly talk about their dreams, yet do nothing to push their dreams forward. But thoughtless and impetuous action can often be worse than no action at all. If you want to move a mountain, you need to study the mountain first. And if you want to fly to the moon, you need to plot your course and fill your gas tank before you ignite your rocket.

Action is the vehicle that will carry us to our goals, but preparation is the discipline of learning to work the controls.

But great players prepare, too. Basketball players practice their shooting, they review their teams’ offense, and they work hard to condition their bodies. They even go so far as to study their opponents: what makes them successful, and what makes them vulnerable.

In high school, a good athlete can run on the field unprepared and still be competitive in the sport of his choice. In Little League, a team can skip practices and still compete for the championship. But in the big leagues, the tiniest thing can make all the difference in the hunt for a trophy, and preparation isn’t a tiny thing. It’s perhaps the biggest thing there is.

Nothing gives an athlete more confidence than going into a competitive environment with the feeling that he is prepared. Not only is he prepared physically; he is prepared mentally for the challenge that lies ahead. You, too, must be prepared if you intend to turn the ship of your life around. So learn what you need to learn and gather around you the people and the resources that you need to succeed before you take the next shot at your goals.

Not long ago, I was watching a golf tournament on television, and I noticed something I had never really noticed before. The leader of the tournament had just hit a beautiful, 330-yard drive down the middle of the fairway, and he was preparing to hit his “approach” shot to the green. As he stood there, discussing the shot with his caddy, both men pulled notepads out of their pockets and started comparing notes. Then they started pointing at various targets on the green and analyzing the treetops in order to discern the wind’s speed and direction.

It occurred to me that this player and his caddy must have spent an enormous amount of time studying that golf course before the start of the tournament. Apparently, they were aware of every little “rise” on the green. They were aware of the best landing spots for the ball, and they were aware of the unseen hazards that were awaiting a misplaced shot. So I realized that no professional golfer ever wins a major golf tournament without a vast amount of knowledge regarding the course he is playing.

Before we can succeed at anything, we must learn how to do it properly. And in the world of sports, we understand this principle. Sports teams have coaches, but individual performers have coaches, too, because they hire personal coaches to help them work on the weak areas of their game. So even the world’s greatest athletes are under the watchful eye and the knowledgeable guidance of coaches, and this is one of the reasons they win.

However, learning is only the first half of the equation for success; the other half of the equation is rehearsing. We can only learn new behaviors by practicing them. The proper way to grip a tennis racket is not the way that comes naturally to most people. In sports, if you want to be great, you have to resist the temptation to do what feels natural, and you have to learn to do things the right way. But the only way to learn how to do things right is by submitting to the tutelage of someone who knows what you don’t know. Once you have learned the proper form, you need to practice that newfound skill day after day after day until the skill becomes second nature and the execution of that skill becomes habitual. Success awaits those who learn and rehearse what they need to know.

If you have failed at something in the past, you have probably found yourself hesitant to try that same thing again.

But here’s the thing you need to know: success is achieved in small bites, not in one big gulp. And greatness is achieved incrementally, not all at once. No athlete’s career is made or destroyed on the basis of one shot. No matter how important the shot may be, no player’s career becomes worthy of the Hall of Fame based on one shot. And no player’s career is ended based on one miss.

Success is a cumulative process. In other words, you have to start today and do a lot of little things right, every single day, before you can finally create a track record of achievement that will cause people to see you as successful. Failure is the same way. Some failures can be catastrophic, for sure. But no failure is fatal until that failure becomes one in a series of failures that define your daily lifestyle and your character.

So prepare to do all the little things right—today, tomorrow, and every day—and prepare to start making the right kinds of decisions until you finally create a new storyline and a new track record for your life that results in a positive reputation for achievement.