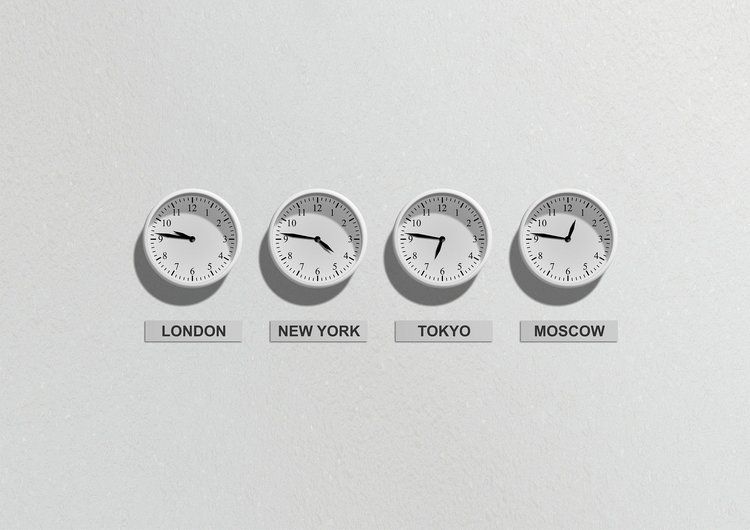 Ten years after the 9/11 terrorist attacks on the United States, CNN ran a story about several individuals who should have been in the World Trade Center or on one of the fated airline flights that horrific day. But for unforeseen reasons, the routine schedules of these people were inexplicably changed in a way that saved their lives.

One man stopped by the post office on the way to his brokerage job at a firm located on the 96th floor of the North Tower. He then attempted to board the express train to downtown, but it was overcrowded. So being claustrophobic, he decided to take the local train instead, even though it was slower. This caused the man to be late for work, and that unexpected delay ended up saving his life. As he was approaching the building entrance, the first plane struck the tower, killing 295 people in his office. Timing!

A few days earlier, a United Airlines flight attendant entered the wrong code into the computer system while setting up her work schedule for September and was not awarded her normal flights from Boston to California for that month. In an effort to rectify the mistake, however, the flight attendant managed to trade all her flights back to her normal schedule except for the flight on 9/11. She still had an assignment to fly to Denver that day instead of Los Angeles. Then on September 10th, while she was trying to make this final change back to her original schedule, the computer system froze, causing her to miss the deadline by just one minute. So the next morning, her flight to Denver left Logan International Airport, leaving the runway between American Flight 11 (her usual flight, which struck the North Tower) and United Flight 175, the flight that crashed into the South Tower that same morning. Timing!

Everything in life is a matter of timing, whether we recognize it or not. Your greatest successes have occurred as a result of opportunity meeting need at just the right moments in time, and your greatest failures have occurred as a result of difficulty meeting resistance at precisely the worst moments in time. I cannot explain why life happens this way, but we all know that it does.

So life is about timing. If you have ever tried to teach a child how to hit a baseball, you know both the frustration of poor timing and the exhilaration of good timing. And those same feelings of frustration and exhilaration can carry over into the more important aspects of our lives as well, because most of what we accomplish depends on the proper timing of the uncontrollable events affecting us.

The difference between a rich man and a poor man is often the timing of that person’s purchases and the timing of his sell-offs. The man who buys real estate cheap and sells it when the market is red-hot can get rich really quick. But the man who invests in real estate, stocks, or precious metals when the price is high can easily lose his shirt. Just imagine, for instance, what your portfolio would look like today if you had bought gold in 1999 when it was $252.80 an ounce or if you had bought stock in Google when it was available for $85 per share.

And timing is important in relationships. When you met your spouse, you met that person at an opportune time. If you had met your mate when he or she was involved in another relationship, you might well have missed the opportunity to know that person and certainly would have missed the opportunity to nurture a romance. Quite often, everyday guys catch the most amazing girls simply because they crossed paths with her at just the right time in her life.

If you really think about it, everything in your life happened as a result of timing. The smart people among us have learned the value of time and the necessity of timing their big leaps into the vast unknown. In fact, American humorist Arnold Glasow has famously said, “Success is simple. Do what’s right, the right way, at the right time.” And that pretty much sums it up.

Look at Mark Zuckerberg, for instance. Zuckerberg became a billionaire at the ripe old age of 23 as a result of his pioneering work with Facebook, and he is currently estimated to be worth almost $34 billion (Forbes 400 richest Americans) even though he is just 30 years old. But Zuckerberg’s success can be attributed in large part to his innate sense of timing.

Maybe bad timing had something to do with your previous failures, maybe it didn’t. But regardless of what may have gone wrong in your past attempts, as you seek to control the timing of your next shot, be aware of the contributing factors that will play a role in the success or failure of your venture. What is it that you want to accomplish? Does in involve business? If so, you will need to carefully time your entry into the marketplace. A product offered at the wrong time to the wrong people at the wrong price won’t stand a chance in the free market. Does it involve an idea? If so, you will need to carefully time the presentation of your concept. Scott Adams, the creator of the Dilbert comic strip, once said, “Your best work involves timing. If someone wrote the greatest hip-hop song of all time during the Middle Ages, he had bad timing.”

The highway of history is littered with the corpses of forgotten people who had great ideas ahead of their time or who failed to offer their ideas when the culture was poised to embrace them. But virtually every great achievement that has ever been recorded was an achievement accomplished by someone who took an existing idea and reintroduced it to the world in just the right way at just the right time.

If you would take a moment to review your life, you would probably find that the difference between your biggest successes and your biggest failures—between your proudest achievements and your poorest ones—has not been the quality of your ideas or the motives behind them. The difference has probably been timing. Most of your failures probably flowed from good intentions and noble ambitions, and most of your disappointments probably grew out of sincere and wholehearted efforts. But failed businesses, failed relationships, and failed political careers are more often the result of poor timing than poor planning, poor ideas, or poor execution.

So here’s the thing: If you have failed in the past, you need to understand why you failed before you try taking another shot. If you can find the reasons behind your previous failures, you will dramatically increase your chances for future success, because you will be wiser and better equipped with the knowledge you need to do things right this time around. You will be more inclined to avoid the pitfalls that resulted in your demise earlier in your life, and you will probably make better decisions that will lead to smarter planning and more fruitful tactics. Success is never guaranteed, but the chances of success are always increased when we learn something from past failures. That is why so many successful people have past histories of foolish blunders.

But if you don’t have a good grasp on why you failed the first time, you are probably destined to fail again, at least partially. And there’s a good chance that poor timing was a factor in your downfall. If you tried to build a business on borrowed money when interest rates were at record highs or if you tried to manufacture pagers when cell phones were the newest rage, then you had poor timing. If you tried to capitalize on the disco craze when discos were on their way out or if you invested all your money in horsewhips just as Henry Ford was setting up shop in Detroit, then you had poor timing.

So this time, use some common sense: Don’t ignore the signs on the horizon. Understand the times in which you live and the mindset of the masses as you prepare to engage them. Be contemporary. Be relevant. Sense the direction the wind is blowing and set your sails to take advantage of those wind currents, not to paddle upstream against it. And if you aren’t completely confident in your assessment of future trends, seek the input of others who have their ears to the ground. Read books. Attend seminars. Ask questions. Network with people who seem to have a grip on market movements, and pay attention to forecasts regarding future trends in society. When you take your next shot, you will either need a game plan that will always be relevant (people will always need to buy food, for instance) or you will need a game plan that is flexible and can bend with the blowing winds of change (technology changes almost daily). So make your plans, and plan your timing.

To let opportunities pass you by is to invite defeat, but to learn how to wait for a good opportunity and then to recognize it when it is right in front of you is the most basic element of success. And seizing your opportunities with determination and aggressiveness is the way to win all your ballgames and to win at life itself.

That is why this time around I hope you win. This time around, I hope you hit the shot. But to a great extent, your success or failure will depend on your timing. So you need to be smart and to know your opposition. You need to be perceptive and to understand the challenges ahead of you. To fully perceive the situation that awaits you and to grasp the realities of your surrounding circumstances is half the battle. But to know when to hold ‘em and know when to fold ‘em is the other half.