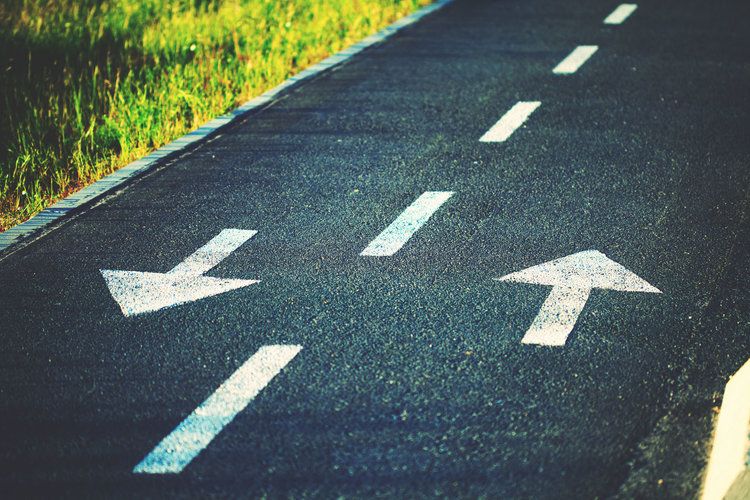 Michael and Chris were well-behaved boys who grew up in Richmond, California, in the 1960s. They got good grades. They stayed out of trouble. They obeyed their parents. But their parents were poor, so Michael and Chris eventually started stealing food, because they were hungry. They would take sandwiches, shoplift cookies, and even steal money from their parents to buy food.

When Michael and Chris grew older, however, they changed schools. Then, at the conclusion of the boys’ freshman year of high school, something happened that took them in opposite directions. Chris got his end-of-the-year report card and discovered that he had received three F’s, the maximum allowed over the 4-year program. So Chris decided he wanted to turn his life around, and he made up his mind to change some things.

Michael also made a key decision at this time. He decided to keep walking the path he was walking. So while Chris finished high school and enrolled in college, Michael joined the Army. And while Chris went on to law school, Michael left the military and returned to his neighborhood to hang out in the streets with his old friends. While Chris worked hard, eventually becoming the deputy district attorney for Los Angeles County, Michael started hustling to earn money to buy drugs.

Eventually, Chris Darden became one of the lead prosecutors in the O.J. Simpson murder trial. Eventually, Michael Darden died of AIDS at the age of 42. A story of both triumph and tragedy, this true account of the divergent lives of two brothers enables us to see that who we are and what we become is not so much a matter of circumstance as it is a matter of choice. The choices one makes will determine who he becomes, and the changes he either makes or refuses to make will determine the course he walks in life and the epitaph that will be written on his tombstone.

There are two lessons we can learn from the true story of Michael and Chris Darden. First, we can learn that it is usually not a good thing to follow the crowd. Wherever you find a crowd, you will find mediocrity and conformity. People are funny creatures. When we are alone, we tend to treat people with respect, show courtesy, and apply wisdom to our choices and our actions. But when we are with the crowd we tend to seek approval, and this usually means that we try to avoid standing out or challenging the behavior of others by demonstrating better behavior.

We are social creatures, and the need for acceptance and approval is stronger in our lives than we realize. It also is stronger than we will admit. So it takes a truly daring individual to defy his peers in order to pursue something better. The truth of the matter is that others don’t want you to improve. Others don’t want you to grow. In both subtle and not-so-subtle ways, your friends will do everything in their power to keep you where you are. As long as everyone in the group is equal, everyone in the group is happy. But the minute that a member of the group grabs hold of a rung on the ladder and starts pulling himself up to a higher place, the other members of the group will start criticizing him and pulling him back down to their level.

So you can learn from these two brothers that greatness is pursued by traveling the road less traveled. But you also can learn that your destiny lies in your own hands. Many people blame their circumstances, their environment, their parents, and their status in life for their plight in life. But the truth is that you can become anything you want to be if you are willing to change yourself. And if you can change yourself, you can change your circumstances.

GET THIS MONTH'S EBOOK ON ADAPTABILITY BY CLICKING HERE!